Planning for the 17th Lost Lizard Fun Run is going full steam ahead. Online pre-entry is open and we have lots of people signing up. The advantage of pre-entering is saving a few dollars and having an easy time when checking in at the event. It helps us out also, so please consider joining this fun event to kick off the desert season and pre-enter here. We have confirmed Chris Boyer from the KGB DSC show as MC. There will be ice cream, hot dogs and Mexican food available at base camp. We hear there may be a dunk tank at one of the checkpoints!

Meccacopia New Open Area
Palm Springs BLM is seriously looking at opening a new OHV open area just northeast of the Salton Sea. I have been there and it is a pretty fun area of mud hills and little valley trails. It has natural boundaries with mountains east and the Salton Sea west. We submitted comments saying what a great idea it is. This is the first step in the approval process. In a year or so it will come back to public comment at the draft stage. When it does, please help with positive comments.

SXS Debris Penetration
The federal Consumer Product Safety Commission (CPSC) is looking at increasing the safety standards of side-by-side off-road vehicles. These are the same people who brought us the lead ban a few years back that prohibited the sale of kids’ off-road vehicles containing lead. This time they are looking at the floorboards of side-by-sides being punctured by branches and hurting occupants. I was skeptical of the proposal at first, but as I read the document, I began to understand that what they are doing is a good thing. In our part of the world (Southern California deserts) we seldom see branches and sticks that could do this, but other parts of the country have a lot more plants and associated problems. They gathered data and found 107 incidents of debris penetration with 22 injuries and 6 deaths. As they looked at various vehicles, they found that branches and sticks could puncture the floor at as little as 2.5 mph and with all but one model having break-through at 10 mph. These vehicles have plastic floors and wheel wells that break surprisingly easily. The CPSC did a pretty reasonable cost analysis of imposing higher standards on manufacturers and found that a new rule here would increase a vehicle’s retail price only about $10. The CPSC is accepting comments now through September 19th. Click here for details and to make comments.

Corral Canyon Camping Fees
The Cleveland National Forest is proposing to increase camping fees at a variety of campgrounds, including Corral Canyon and Bobcat Meadows. It is kind of funny that they say now the fee is $5 per night and also requires an Adventure Pass. This is strange because they do not collect any fee, they only check for Adventure passes. They want to increase fees to $15 per night for regular sites and $30 per night for the large group sites (no adventure pass required). This seems like a big increase and I am not sure how they will collect the fees. I do hope they repair the hand pump well in Corral Canyon and I would like to hear what improvements they are offering to make with the increased revenue. The comment period ends September 30 and links can be found here.

SXS Safety Summit
Our VP and radio co-host Audrey and I will be traveling to Sacramento to participate in a safety summit to look at ways to improve side-by-side vehicle safety. There has been a run of tragic accidents lately and something needs to be done. We believe that licensing and mandatory training/education will be on the table along with other ideas. We strongly suspect that legislation will come out of this meeting, so we feel it is important to participate. This will be a “closed” meeting, so look for my report next month for details of what occurs.

Legislation
We have been monitoring two bills in the State legislature this year. SB894 will allow racing motorcycles (formerly red sticker bikes) to get titles from the DMV and AB2152 will allow the city of Needles to designate up to 10 miles of highways as combined use (allowing OHVs to use the road). This would allow off-road vehicles to travel into town for food, fuel, lodging and other services. AB2152 has made it through the entire legislative process and has been sent to the governor. SB894 crossed its last major hurdle in the Assembly Appropriation committee and is going to the general Assembly to be voted on. Both bills have moved with minimal opposition and we expect the governor to sign them both. 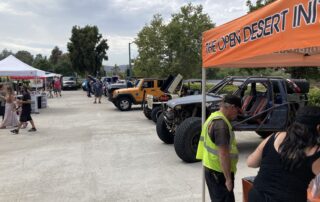 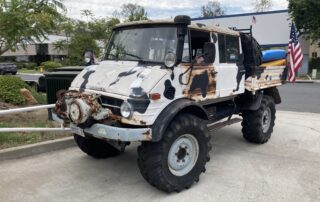 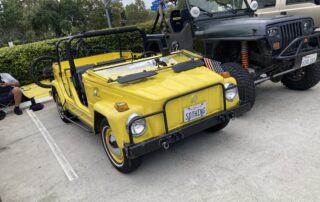